Skip to content
Home Analysis Examples Analysis FAQs Why are my CVR graph results different from my Funnel results?

Was this article helpful?

Thank you for your feedback!

In a funnel, you can control the amount of time a user has to complete the sequence of events with the conversion window. We have found that the majority of funnels will have a conversion window of the entire range: 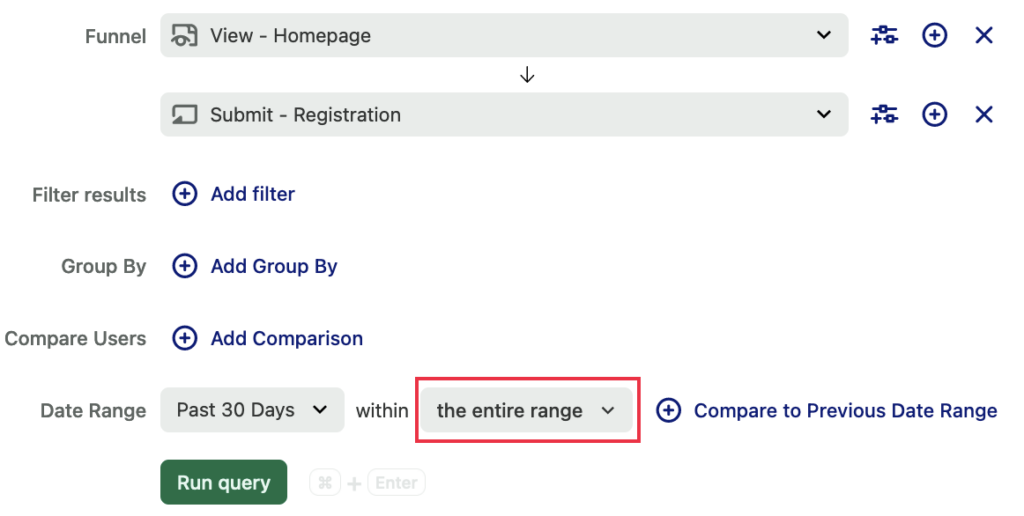 In a conversion rate over time graph, the granularity of the graph (how the date range is grouped) controls the conversion window:

There are a number of situations in which a user could be counted multiple times in the conversion rate between graph, for example: